This year I participated in the V8 Thunder cars NEZ championship together with Mika Racing and Ford Mustang. 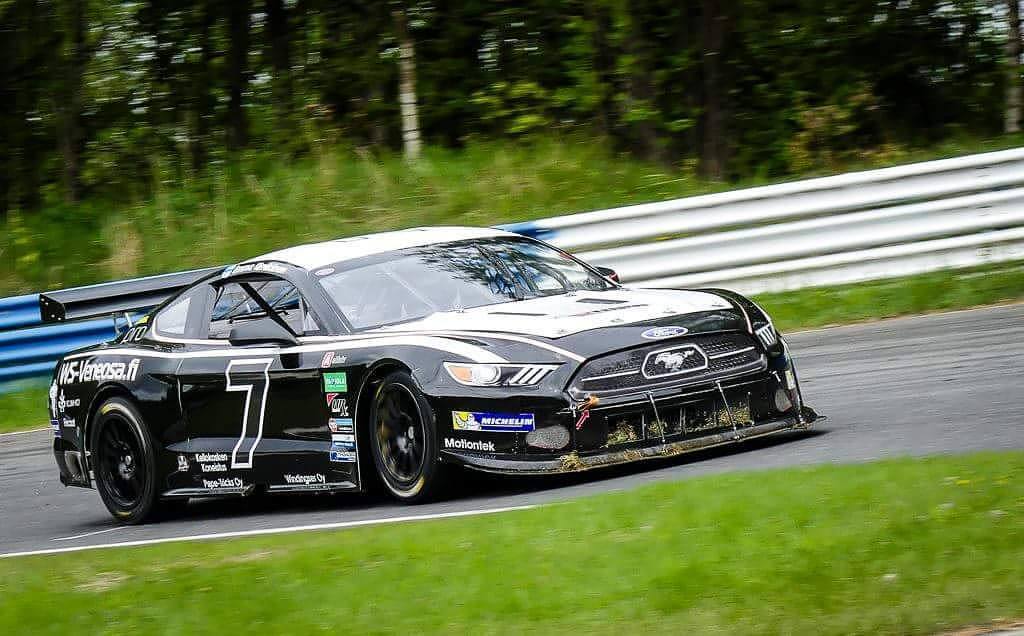 The year was colorful and we had a bit of bad luck with some technical issues but all in all it was an OK first season.  The highlight of the year for myself was to win a race for the first time after my hiatus, which took place between 2010 and 2014.

I proved to myself that I’m back in the game. Mostly mentally, because the talent has been there all along. But being able to win is another story.

Motorsport is a team sport and getting everything right is always a result of practice and good co-operation. But the most important thing is to believe and to trust; in yourself and everyone in the team. And to get the team and the partners to believe in you.

But as in every relationship, trust must be earned.

I really enjoyed the year. Racing felt good again after the difficult past year with the neck injury. Racing was so hard after that so my personal goal was to be able to control and to believe in myself and to have fun. And that goal was definitely fulfilled throughout the season. I felt like I was back again and I could have not done it without the trust and support of the team and my family.

Final result of the 4 race-weekend-long season was 3 podiums (1 win) and 2 pole positions. We had the chances to win the championship when entering to the last race in Sweden, but unfortunately we didn’t have the speed needed to win the race heats so we finished 4th in the tight NEZ-championship. But we will be more clever and advanced next year. We are hungry for the rematch as the season 2018 starts!

Thank you Mika, Toni, Rape, Sami, Jone, Matti, Keke and Outi for the great work you’ve done throughout the year!

PS. for closer look in my life and the racing career, please check out the social media channels, that are being updated waaaaaaaaay much often than the homepage!